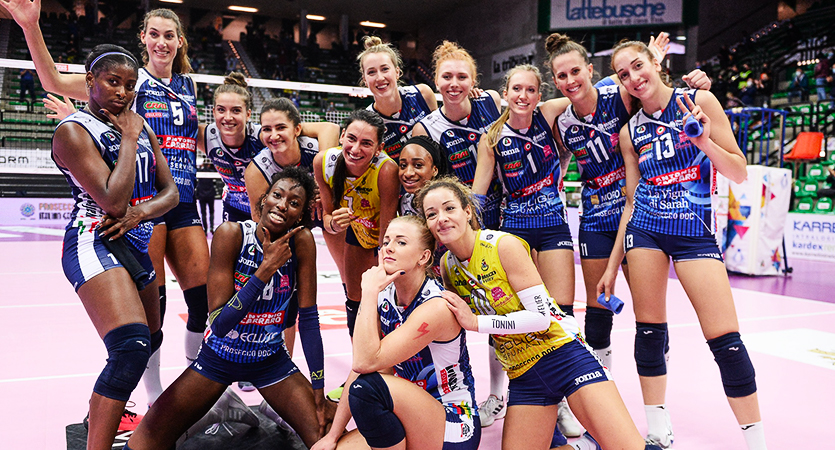 Imoco Volley was born on March 15, 2012, just two months after the failure of Spes Volley, which had to renounce participation in the championship, due to economic problems, after having played almost entirely in the first round.

In his first championship, after the fifth place in the standings at the end of the regular season, the Panthers manage to reach the final scudetto as freshmen, being then defeated by River Volley.

With the results achieved, however, they qualify for the 2013-14 Champions League, a tournament where they will be eliminated in the play-offs at 12.

In the 2015-16 season, after winning the Regular Season, Imoco Volley won its first trophy, or the Scudetto, followed in the following season by the victory of the Italian Super Cup and the Italian Cup, as well as reaching the final in the Champions League.

The current season opens with the victory, for the fourth time, of the Italian Super Cup.